Young skin looks and functions differently to adult skin. The self-protection mechanisms prevalent in healthy adult skin are less developed and, as a result, babies and children need special care to keep their skin healthy.

Babies, children and the sun

Efficient and effective sun protection is essential for babies and children. Young skin is thin and its barrier function is reduced, making it particularly sensitive to harmful UV rays. This sensitivity is further enhanced by the low pigmentation levels in baby skin. With its natural protection alone, and in the intense midday sun, children’s skin can start to burn after as little as five minutes.

Baby skin has the same number of layers as adult skin but each layer is considerably thinner. Overall baby skin is just one-fifth of the thickness of adult skin.

As a result, the barrier function is limited:

Sensitivity to UV is further enhanced by low pigmentation in baby skin. Melanocytes (the cells responsible for melanin production) are present, but less active.

The regulation of the body temperature may be difficult for babies as:

This makes them especially sensitive to extreme temperatures and changes in temperature.

As children mature, so does their skin. From birth to the approximate age of 6:

By the approximate age of 6, the structure of skin and its appendages is fully matured and corresponds to that of an adult.

Sebaceous gland activity does not increase until the hormonal changes of puberty, which occur at the approximate age of 12. These hormonal changes also bring about differences between the structure and behavior of boys and girls skin, which, up until then, has been the same.

Read more in the differences between male and female skin.

Atopic Dermatitis (also known as Atopic Eczema) is one of the most common skin diseases of childhood and affects between 10 and 20% of children globally. In a third of these cases the disease fades out during childhood but, for others, it can continue into adulthood.

A non-contagious but distressing and sometimes painful condition, Atopic Dermatitis typically goes through 2 phases. An inactive phase, where skin is very dry, irritable and flaky and needs to be moisturised on a daily basis and an active phase (or ‘flare-up’) where skin needs to be treated with topical medications to calm inflammation and alleviate itching.

What are the causes and triggers?
Atopic Dermatitis is thought to be genetic. There is a known link between Atopic Dermatitis, hay fever and asthma and evidence shows that if either or both parents suffer from these conditions, their children will be more prone to Atopic Dermatitis. Research has also shown that children from developed countries living in urban areas where the intensity of pollutants is higher, as well as those living in cold climates, are more likely to develop the condition.

Once affected, there are a number of reasons why symptoms get worse or flare-ups occur. Sufferers are known to have a deficiency of important lipids and Natural Moisturising Factors (“NMFs” such as Urea and amino acids). As a result their skin’s barrier function is weakened, moisture loss is increased and they are prone to dryness. A compromised barrier function means that harmful substances like allergens and irritants can penetrate and skin becomes infected more easily. Sufferers are also known to have an irregular immune function (known as atopy), which makes their skin more reactive to the environment and susceptible to inflammation.

Problems are often caused when the child scratches an itch and disturbs their already fragile skin barrier. This causes bacteria called Staphylococcus Aureus to multiply and infect the skin. The infection causes inflammation, which causes itching which further worsens the condition: a vicious process known as the Atopic Skin Cycle. Read more in Atopic Dermatitis.

What are the symptoms in babies?
Atopic Dermatitis is rare in infants under 3 months. Symptoms typically develop after a baby has been weaned: a rash appears suddenly making skin inflamed and itchy. In flare-up phases, infected skin may ooze fluid. Babies typically get Atopic Dermatitis on their face – particularly the cheeks - and scalp (also known as ‘cradle cap’), the knees and elbows. It is very rare for babies to develop atopic skin in the nappy area. Although nappy rash may look similar, it is too moist an area for Atopic Dermatitis to develop.

What are the symptoms in children?
Children who develop the disease later in life (between the ages of 2 and puberty) usually start with a rash on the body, which is dry with itchy, scaly patches. Skin tends to be bumpy, thickened and leathery. Common areas affected are the creases of the elbows or knees, neck, wrists, ankles and/or the creases between the buttocks and legs.

Due to the fact that symptoms often persist for more than 3 months (the medical definition of a chronic disease), the skin in the inflamed areas can thicken. This is known as lichenification.

How to care for Atopic Dermatitis

One reason for the dryness of skin and the disturbance of the barrier function is a lack of skin barrier lipids including ceramides, which are rich in Omega 6 fatty acids, especially linolenic acid. Ceramides are special kinds of lipids that bind together the cells in the outermost layer of the skin thus preventing an excessive loss of water and the intrusion of irritants, allergens and microbes.

Read more about the skin’s condition in Atopic Dermatitis.

Excessive UV exposure and sunburn during childhood can cause long-term health problems including melanoma and other skin cancers. Damage is largely preventable through sensible behavior such as limiting exposure and the effective use of sun protection:

Prevention
Babies should not be exposed to the sun, as their natural protection mechanisms have not yet formed.

Limiting exposure
Children should avoid the sun between 10am and 4pm when its rays are strongest.

Effective sun protection
When in the sun, children should wear protective clothing and an appropriate sunscreen with a high sun protection factor (SPF). Read more in the effect of sun on children’s skin.

A rich textured cream to nourish sensitive skin and diminish the appearance of fine lines and wrinkles while you sleep. The formula, with cell-energising Coenzyme Q10, enhances skin's overnight renewal process.
More Details

A highly effective balm that instantly soothes and moisturises dry and cracked lips, as well as the perioral area around the lips.
More Details 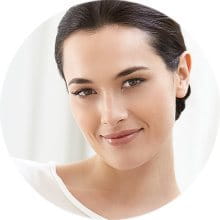 Please feel free to contact us if you have any general questions or comments about Eucerin® .
Contact us

Subscribe to our newsletter to receive the latest news about Eucerin!
Subcribe